The Australian media is full of “The Voice” for Australian Aboriginal First Nations people. So let’s try to understand what it is about. 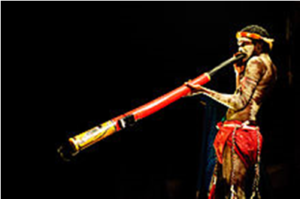 At school I learned about the massacres and kidnapping perpetrated by British forces and settlers as they dispossessed the Aboriginal people who owned and inhabited Australia. Lies are not uncommon in government or society, so the action was justified by the lie that nobody inhabited the country. Australia was not unique in the world to suffer such abuse. It was then thought heroic and is now thought horrific.

Through the media, I learned that while I lived happily in my suburban home with my widowed mother and twin sisters, Aboriginal children of my age were being kidnapped from their parents and put into institutions where they were physically, psychologically and sexually abused by their “carers”. How different that was from one of my favourite childhood books, Children of the Dark People, the story of Nimitabel and Jackadgery.

Then as I read about explorers like Burke and wills, pastoralists like Kidman and the Duraks and the bushrangers like Ned Kelly and listened to tapes like “The Overlanders”, I learned of the enforced labour and rape as well as brutal beatings and murder of Aboriginals in remote areas where law enforcement was next to zero. But when there was law enforcement it killed and enslaved Aboriginals mercilessly to protect white settlers.

But many current Australians have come from foreign countries and may know little or nothing of our early history. Perhaps we need a “Truth and Reconciliation Commission” like in South Africa, at which the stories can be related and televised so that all Australians realise the horrendous abuse inflicted on our Aboriginal people in order to give us the land on which we have our homes, businesses, farms, sporting and cultural facilities.

In that respect it is a VOICE TO THE AUSTRALIAN PEOPLE that is probably needed and the parliament can facilitate that without a referendum.

More on the Voice to Parliament later, but meanwhile it is good for readers to know that FairGO, the Votergram Service and the Australian Voters Network have given every single Australian and every organisation in Australia an extremely effective voice to influence every parliament in Australia and seek its assistance, free of any political party preferences. Contrary to popular opinion, Members of Parliament are absolutely fantastic at helping voters solve problems. In a democracy good government also depends on voter input, because the people in the cities, suburbs and towns and those in the bush know what is going wrong and what is needed to fix it. The politicians in Parliament could not possibly know without voter input. That is why Votergrams were established in 1986 as a uniquely Australian strategic means of political persuasion.